18 Oct The Heart To Heart Of The Fellow Traveler

Posted at 08:38h in Ezzree Blogs by Efrat Brayer

I work as a Palliative Care Chaplain in Los Angeles for MPTF, a midsized nonprofit. Palliative Care is a medical specialty rendered by a team which has at least the four pillars described by CAPC (Center to Advance Palliative Care) as the “gold standard:” doctor, nurse, social worker and chaplain.  Sometimes it is the chaplain who can unlock the mystery in a difficult case.

My patient “Jim” (name changed) is a 50-year-old man with a wife and two young daughters, ages two and five.  Jim had been diagnosed with fast progressing ALS. His wife had the burden of caring for her husband as he fought to hang on to his independence and t being the “man” in the family even as his body insulted him daily.  Our team provided the family with medical care, case management, social work support and open-hearted chaplaincy. But Jim’s wife “Sandy” (name also changed) was having great difficulty not only keeping up with two young children, a husband who was increasingly becoming more physically and emotionally dependent on her, all while managing her own human needs.  She even struggled to find time to sleep. She was the only one who could understand his verbalizations as he refused to use a visual device.  She’d feel guilty if she could not be his all or his everything at every moment. She was constantly exhausted doing car pool, health care, family finances and on and on. The girls were traumatized when daddy choked trying to get in a sip of water or a bite of food against medical orders due to aspiration risks. I wondered what I could offer beyond witness, beyond accompanying?

One of the things I, as a chaplain, struggle with is the intense feeling of inadequacy and authenticity when verbalizing “I hear you” or “I understand” or even “tell me more” as I watch the wounds fester. Enter the Bat Gil.

Several years prior to meeting this family, I had the occasion to be on the inpatient team treating another young father with ALS, two young daughters, a young wife (who also thought she was superwoman.) With the team’s approval I set the two women up for a meet. HIPAA guidelines followed. They spoke for a bit, privately, and didn’t have to report any of the conversation to us.

Following this meeting, Jim’s wife understood in a profound way what she had to do for the sake of her husband, herself and her daughters.  She began exercising control of the family finances and, discussed moving Jim to a long-term care facility and set up a meeting with an attorney to examine her rights under the Spousal Impoverishment Rule to protect the future of her children.

No one could have spoken as clearly or been as openly received as the Bat Gil.  As chaplains we are trained to do many things.  But sometimes the right voice may not be ours. Sometimes the heart to heart of the fellow traveler can be a tool worth picking up. 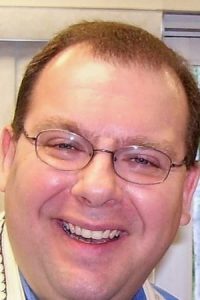 Through his personal and professional experiences, Seth is well versed in spiritual care, bereavement, Bowen family systems theory, bioethics, mediation, and more. He is honored to journey alongside those experiencing disruptions in their lives. He offers a non-anxious presence and a non-judgmental approach in every encounter. And, he seeks to empower those who feel disconnected from their autonomy. In doing so, Seth has helped individuals, families, and organizations rediscover peace of mind. 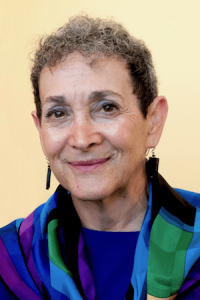 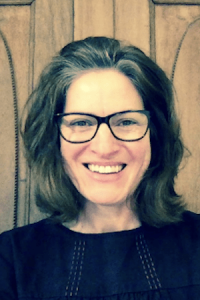 Teresa has training in hospital chaplaincy and ecological social work. In her graduate studies she had the privilege of working with frontline communities, where she learned about the regenerative power of solidarity-centered service. She experiences personal, political, and planetary healing as interdependent and is committed to the liberatory potential of spiritual care. Teresa believes that all people possess the wisdom they need to navigate life’s challenges; she feels grateful to listen supportively when this wisdom seems elusive. 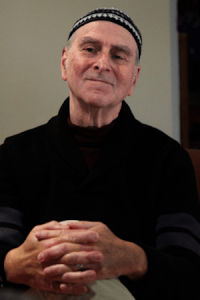 After completing 30 years of medical practice as a hematologist and oncologist, Dr./Chaplain Jason began an exploration of the field of Spiritual Care. This led him to train and work as a hospital chaplain. Jason’s unique life experience as both a spiritual care provider and physician enables him to teach physicians, chaplains, and patient advocacy groups about the healing power of relationships and the intimate powerful connection between spirituality and medicine.

Jason focuses his work on helping others find their connection to the sources of deepest meaning in their lives. His hope is that the time spent with those in his care will remove any obstacles that prevent people from finding their unique spiritual and life journey.

Zilvinas’ career as a spiritual counselor began over 27 years ago. His passion and interest is in serving community, providing educational resources, and working with individuals living in the correctional system.

Zilvinas’ artistic background and degree in fine arts, as well as his masters degree in psychology and pastoral theology combined with clinical pastoral education training make him a well-rounded Spiritual Care Counselor who meets diverse and multidimensional needs. Zilvinas provides care without expectation or agenda. He encourages people to be themselves and to embrace their strengths and to find hope and meaning in their life challenges.

Rochelle, is a board certified chaplain and one of Ezzree’s earliest Spiritual Care Counselors. In her role, she provides a range of caring services, including a listening presence and help coping with life changes. At the core of Ezzree is emotional and spiritual care giving – Spiritual Care Counselors help our clients create meaning and purpose out of life events. Rochelle encourages people to draw on their own strengths to meet the challenges of their lives.